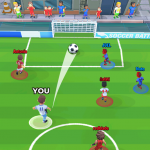 00
Go To Bookmarks
A first class chance to play football! Three-on-three multiplayer matches involve both bots and real opponents. Having independently set the parameters, the gamer begins to play until the required number of goals hit the opponent's goal. Dynamic gameplay allows you to get a taste of the real competition. The arcade game is equipped with the simplest controls. Two buttons are responsible for two functions: one determines the direction of movement, the second strikes and makes transfers. Achievements table shows the ratings of the players in the top. The more time you spend playing virtual football, the more prizes you get.
Download CHEATS on Soccer Battle - 3v3 PvP
soccer-battle-1_20_1-mod-1.apk
(Скачали 1)
76.8 Mb
Information about MOD
1. Unlimited Cash
2. Unlimited Gold
3. Unlocked All Characters 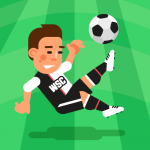 + MOD
No OBB
5.1 +
World Soccer Champs
Can't imagine your life without football? The arcade game invites the user to take the position of 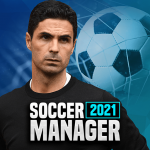 + MOD
No OBB
5.1 +
Soccer Manager 2021
Do you think being a football manager is easy? No matter how it is! There are a lot of things to 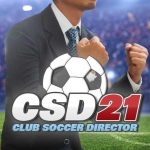 + MOD
No OBB
5.0 +
Club Soccer Director 2021 - Футбольный менеджмент
Football is one of the most popular sports games on the planet. Football club directors are the 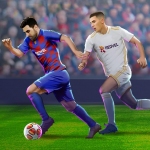 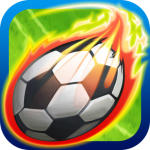 + MOD
No OBB
2.3 +
Head Soccer
Head Soccer game for android devices is a football that you have never seen before. Your task in 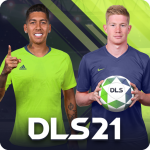 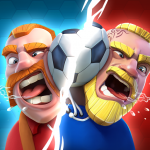