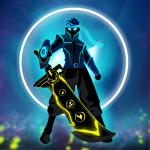 +11
Go To Bookmarks
The plot of the game for android Stickman Master: League Of Shadow - Ninja Legends tells about a war, which is consumed with a thirst for revenge. The enemies destroyed not only his family, but also his native kingdom. You have to travel through dangerous lands in search of wine in the death of your family. The path is long and dangerous - enemies and powerful bosses are waiting for you at every corner. But you are not made with a finger either. You are a top-notch ninja who uses dark arts to effectively destroy opponents. In addition to melee techniques, you can use magic and melee weapons in order to destroy everyone who gets in your way.
Download CHEATS on Stickman Master: League Of Shadow - Ninja Legends
stickman-master-league-of-shadow_1_8_6_mod1-1.apk
(Скачали 5)
77.13 Mb
Information about MOD
1. No Skill CD
2. Unlimited Gold
3. Unlimited Diamonds
4. Unlimited Energy
(use them even don’t have enough). + MOD
No OBB
5.0 +
Hit Master 3D: Великий шпион
The knife as a means of survival is offered in an action game with rich 3D graphics. The gamer must 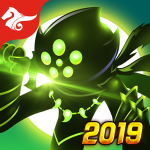 + MOD
No OBB
4.0.3 +
League of Stickman 2020- Ninja Arena PVP(Dreamsky)
Great adventure! Exciting action game offers the user the role of a ninja. The character is endowed 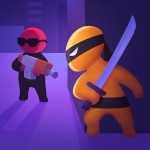 + MOD
No OBB
5.0 +
Stealth Master
Unleash your inner killer! An excellent action game plunges into the world of murder, where stealth 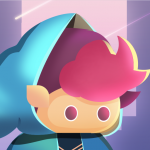 + MOD
No OBB
4.4 +
Wizard Legend: Fighting Master
Mage Legends: Martial Arts Master is an amazing Roguelike game for android devices. So, you are a 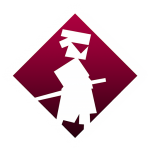 + MOD
No OBB
5.1 +
Ninja Tobu - Ниња Тобу
Starting to play the arcade game Ninja Tobu, you will try on the skin of an experienced ninja, for 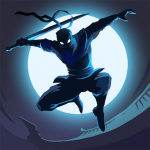 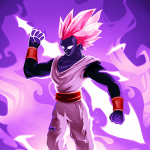